This time last week we were in a field in Flintshire surrounded by camp fires, listening to an array of wonderful music, chatting to people as though we had known them for ages and watching the children run free laughing with their new found friends. We were at The Good Life Festival and it was just that the, 'Good Life'. We had such an incredible time that I wish we could experience it again and again and again?
The Good Life Festival was the first festival put together by Cerys Matthews and Charlie and Caroline Gladstone of Pedlars. It was about the Great Outdoors, culture and food and so much more. They managed to create an event which felt very much like a gathering of like minded people, with a party atmosphere which was both relaxing as it was exciting.
For us it began on the Friday night at the camp site. We spent the evening sat round a huge camp fire eating gorgeous barbecued food and making friends. Of course the highlight was when Cerys Matthews came guitar in hand and started singing. Listening to her mesmerising voice whilst watching the dancing flames of the fire was an evening we won't forget in a long time. 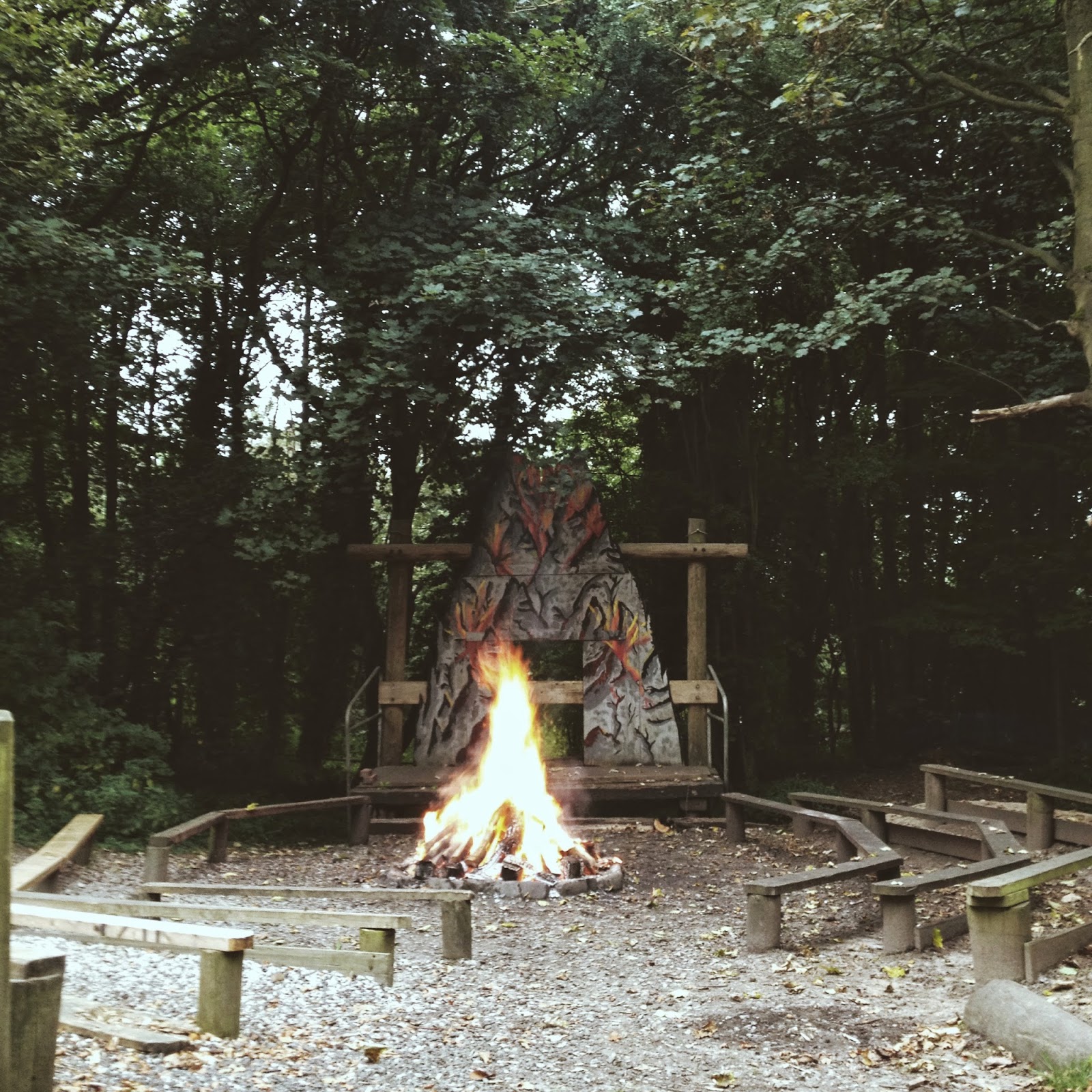 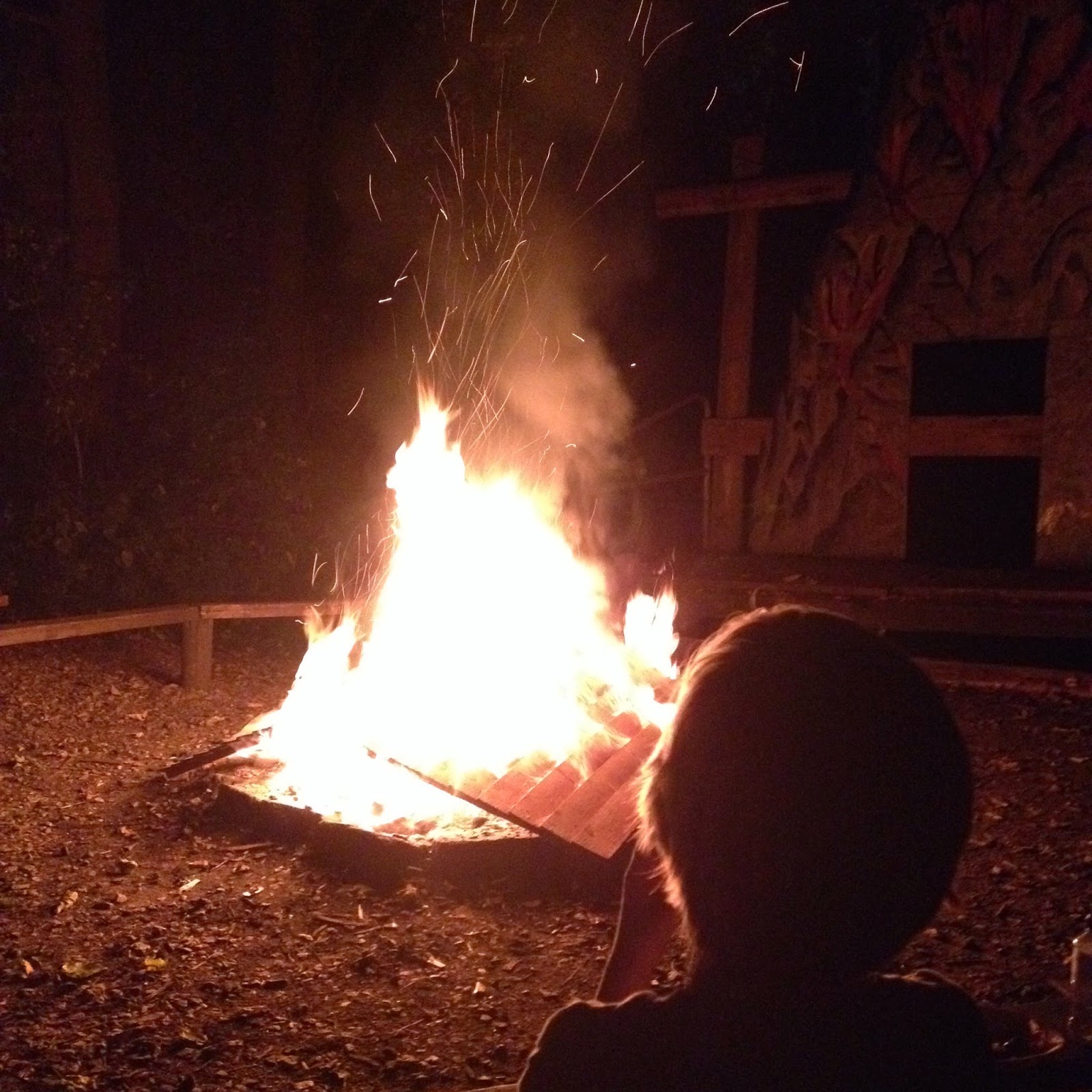 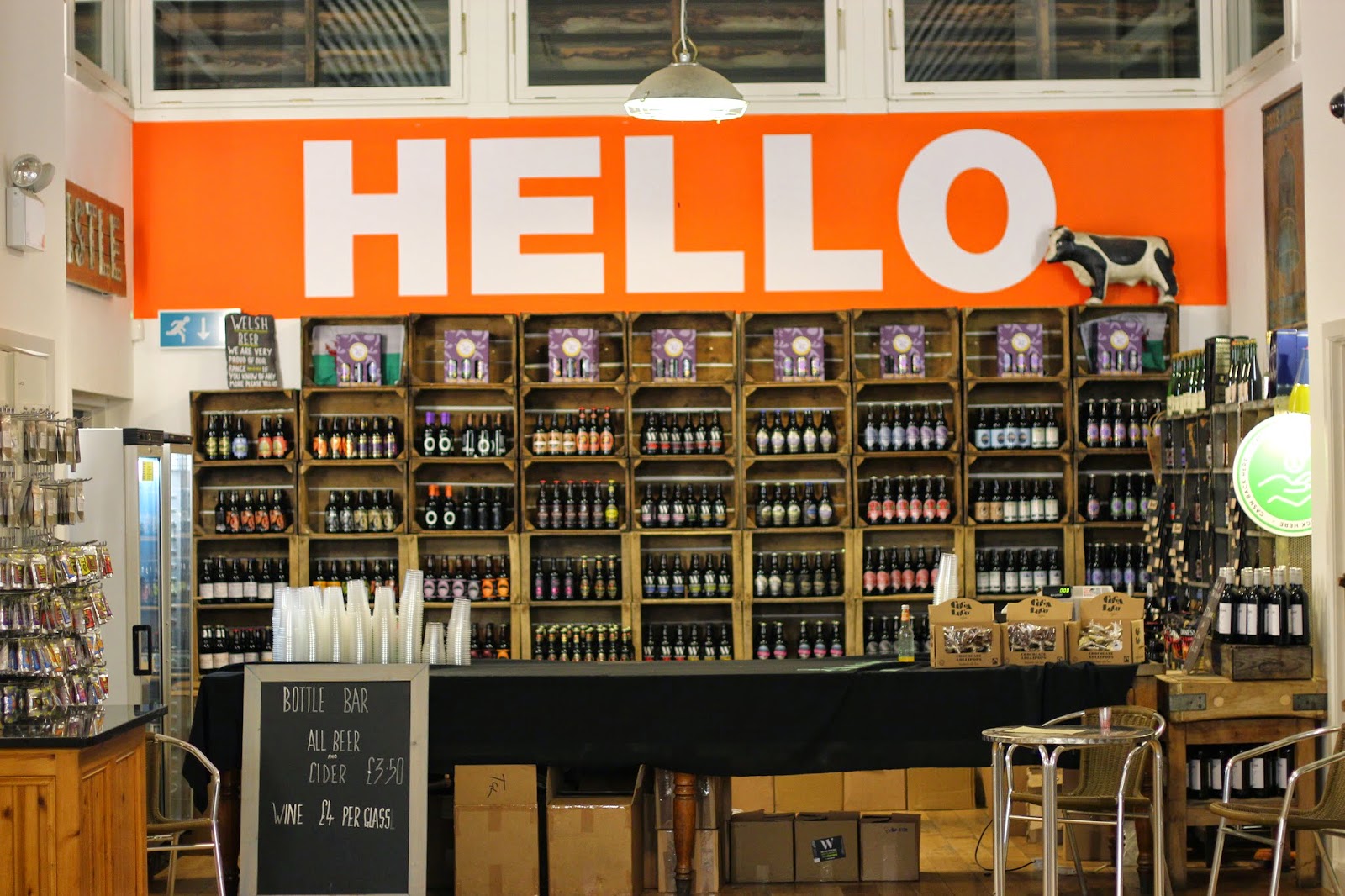 We had an early start Saturday morning, as not only was it the festival but it was also our Second child's birthday so excitement levels were high! After the unwrapping of presents we wandered over to the main field were we spent the day popping in and out of the various tents, the Best Made Co with their axes who had flown in from New York City specially was a favourite along with Hatchet and Bear who ran spoon carving workshops. We sat round camp fires melting marshmallows to make into the yummy sticky smores, started fires using flint and steel in the woods, and watched rabbits being skinned. We tried our hand at archery and all had a go at throwing axes, which was a great experience! We ate wood fired pizzas and listened to local bands in the day whilst chilling out. The children were safe to wander and spent a fair amount of their time at the vintage fairground where they enjoyed the helter skelter, the swing boats and the flying chairs which the birthday boy declared the best thing ever! My OH tried his hand at spoon carving and came away with a very usable spoon and lots of knowledge and it was the touches like those that made the festival so special. Ej from Hatchet and Bear spent two hours teaching each group of 10 happily sharing her fascinating knowledge, in fact everybody we spoke to whether involved with the festival or like us just there to enjoy it were friendly and chatty. 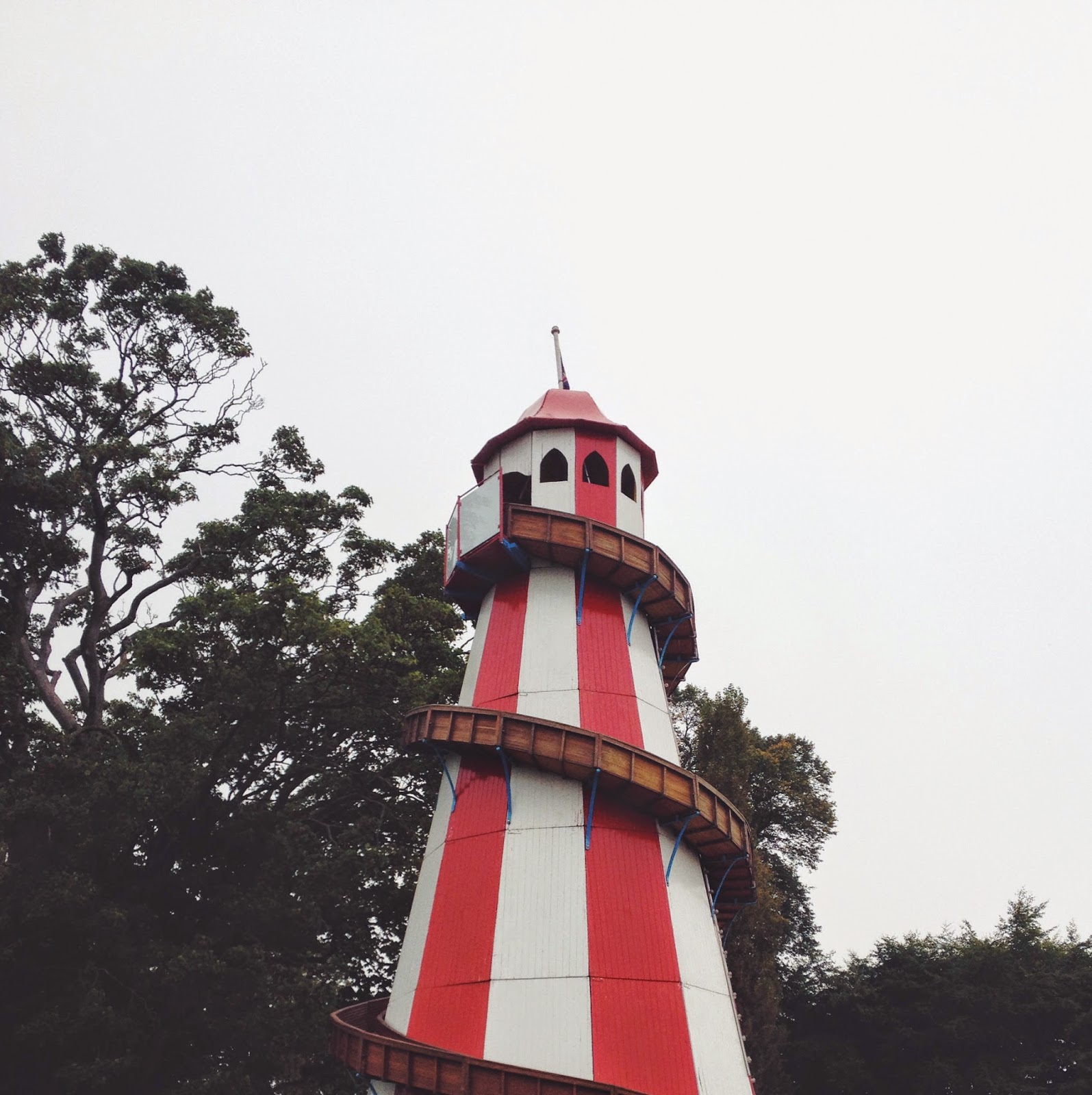 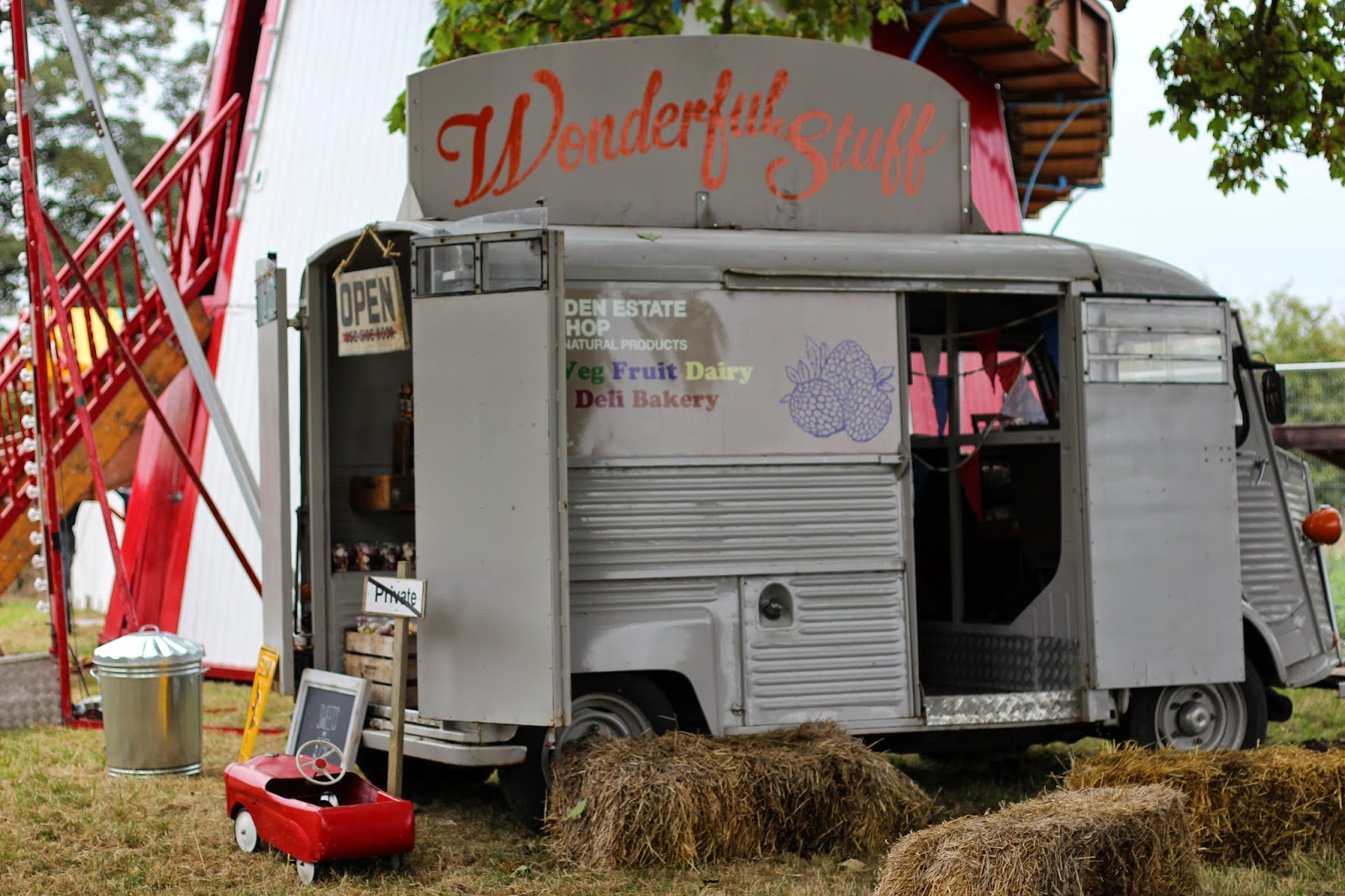 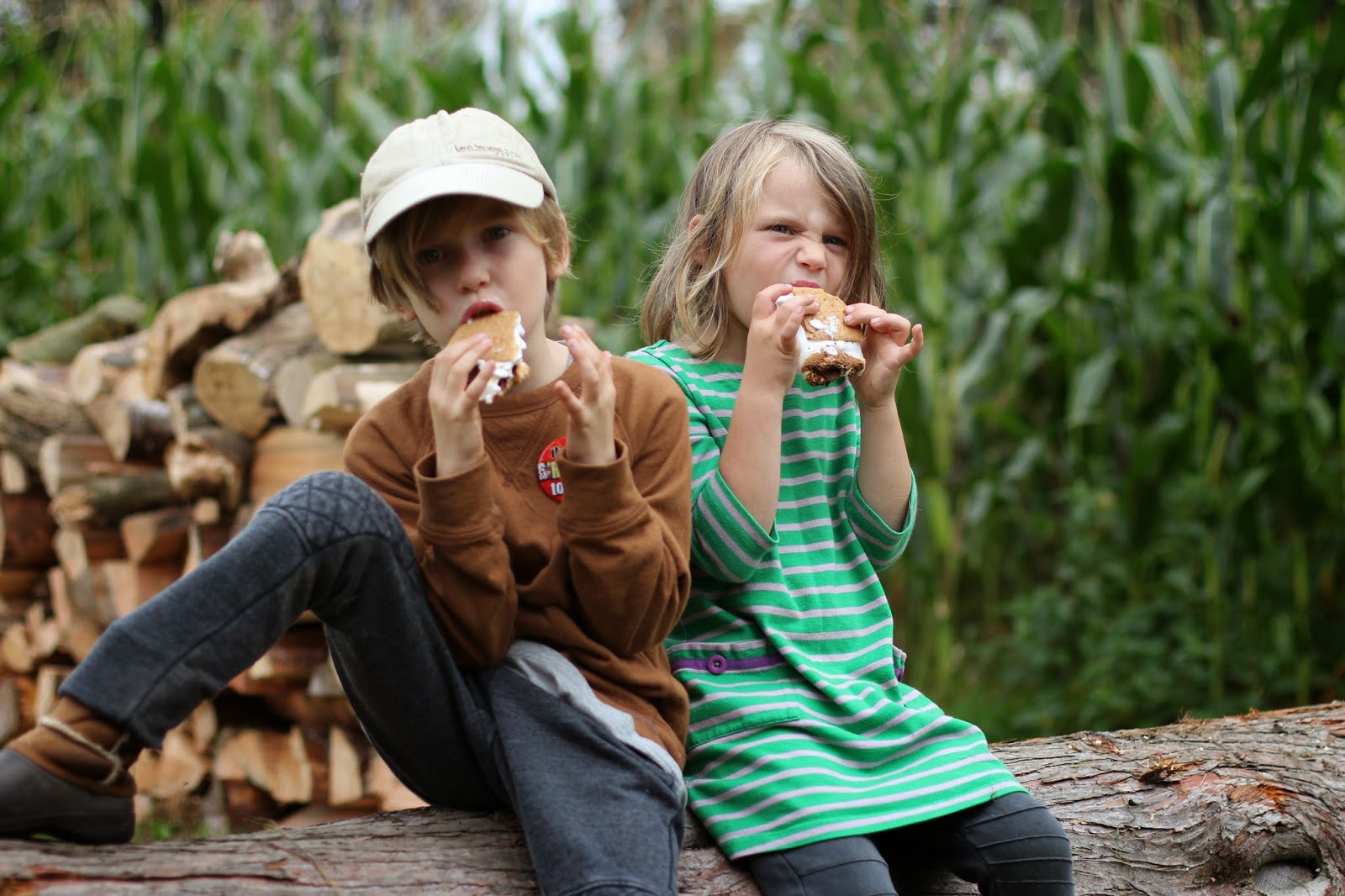 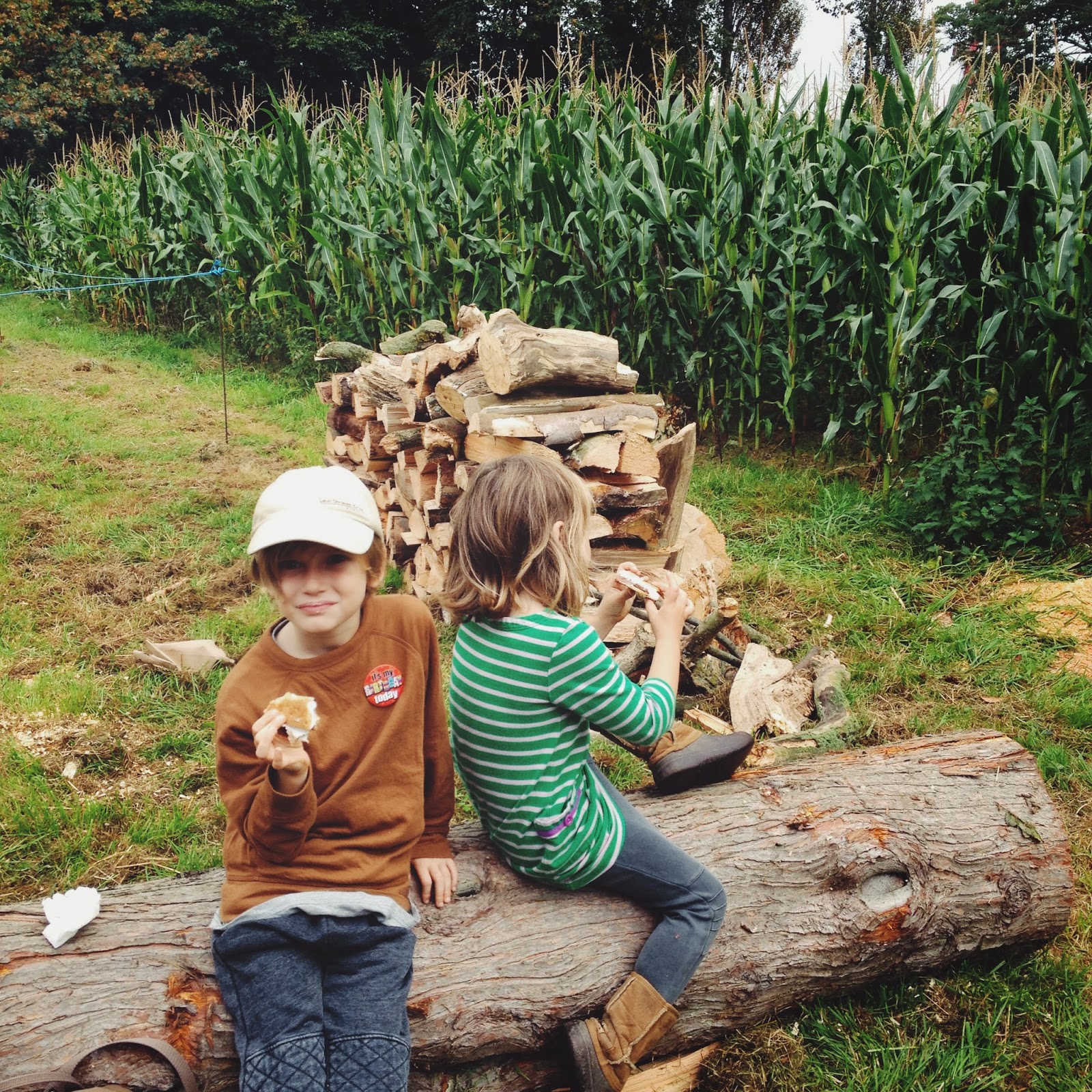 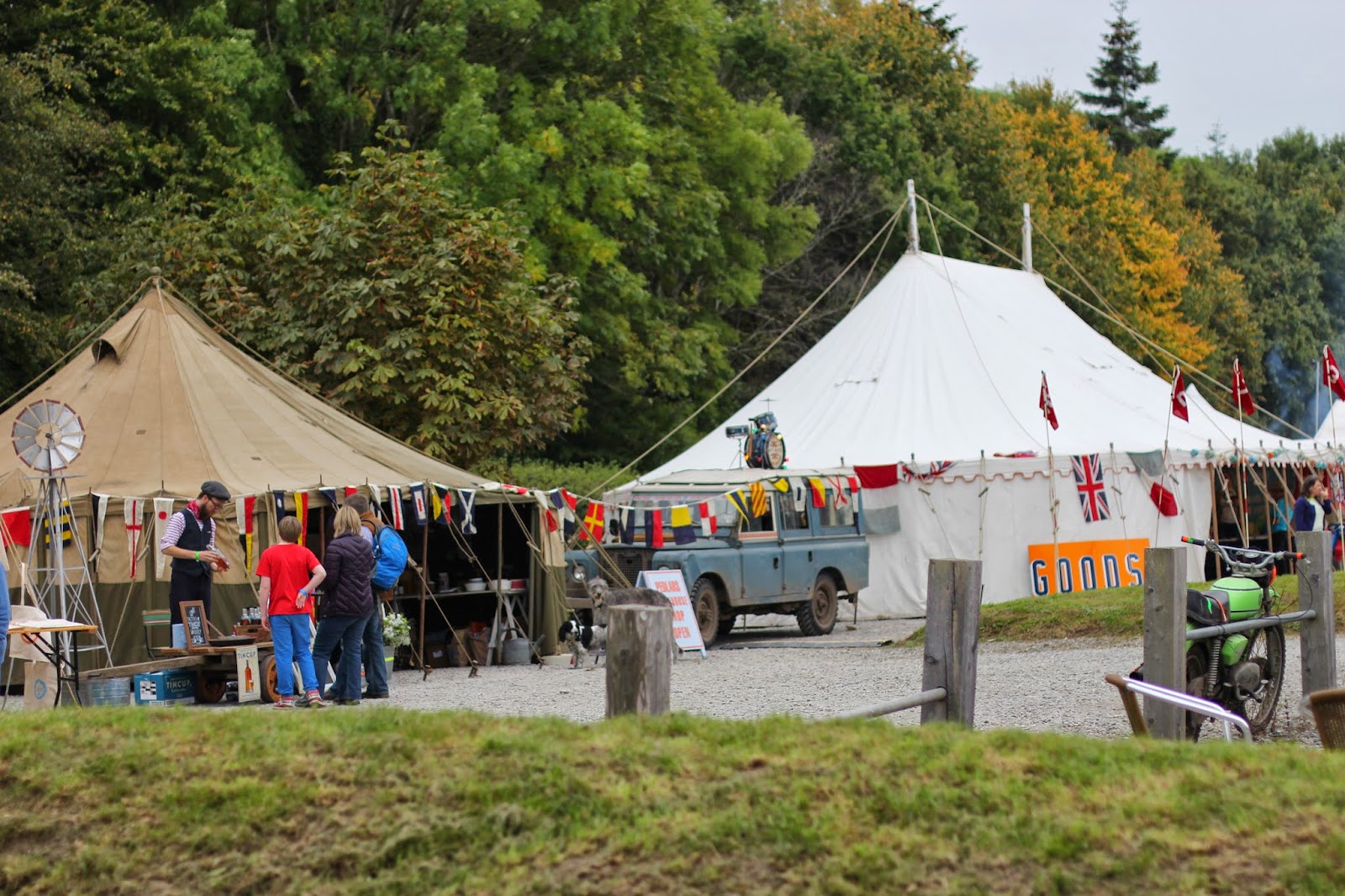 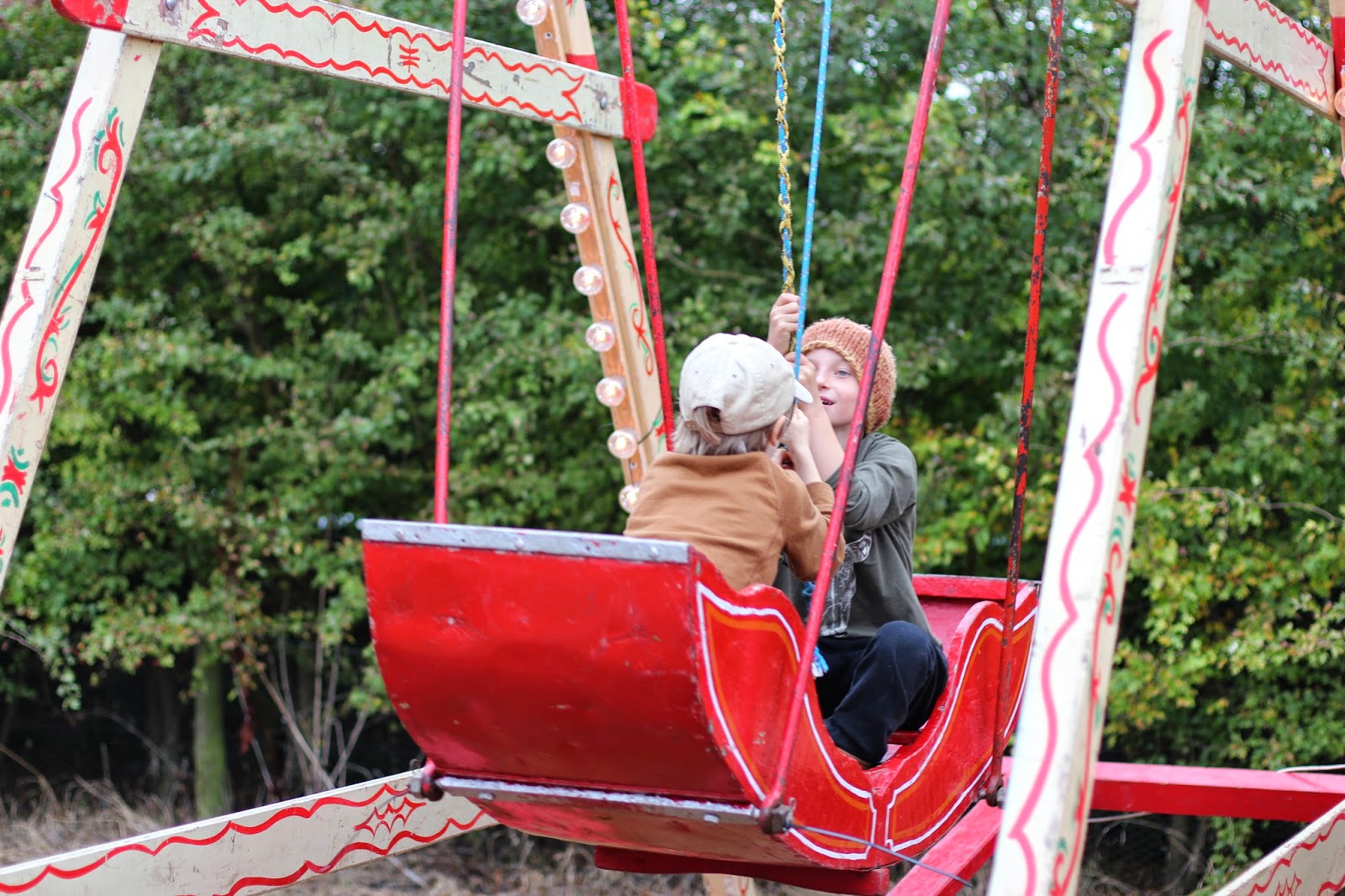 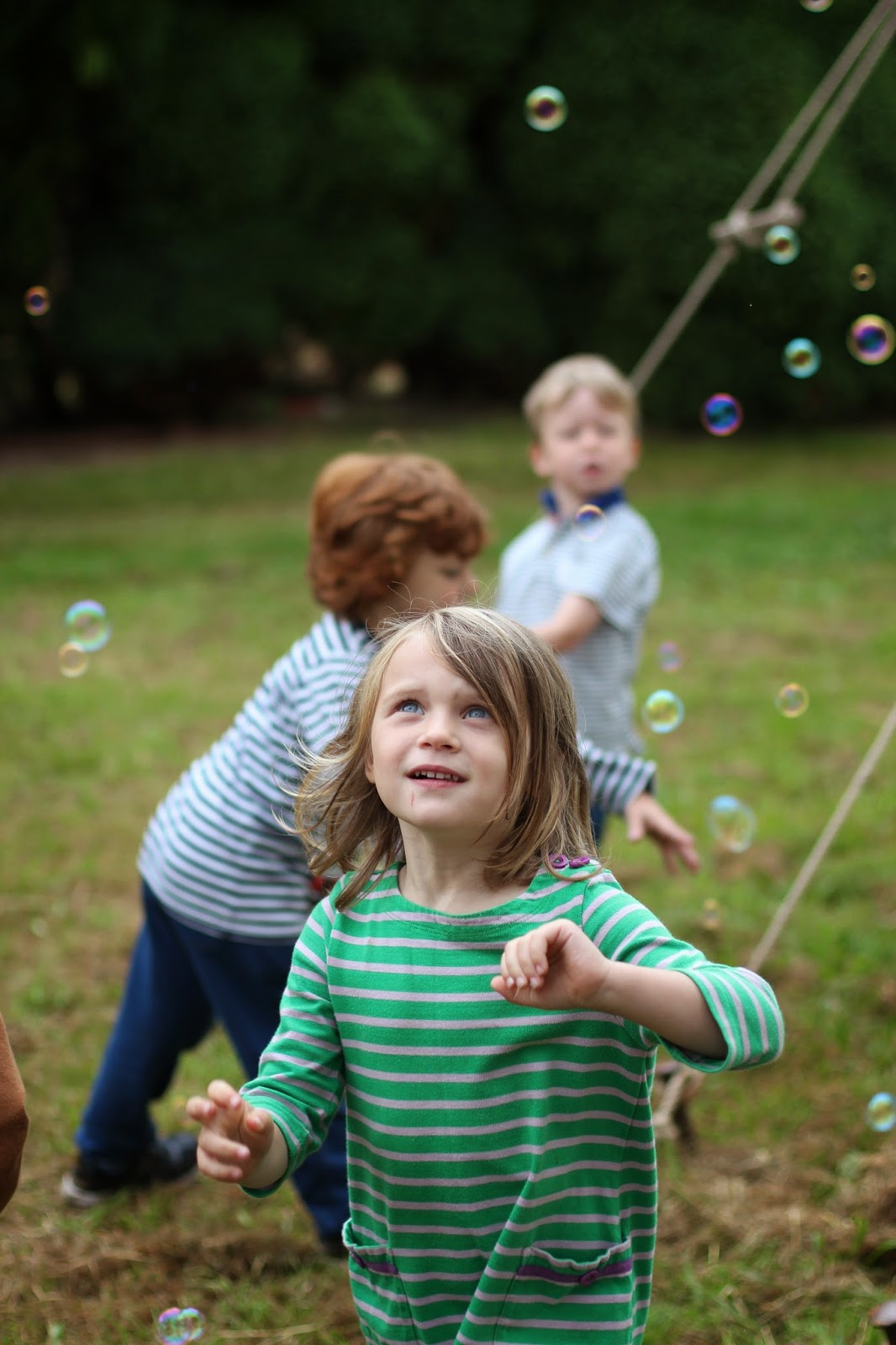 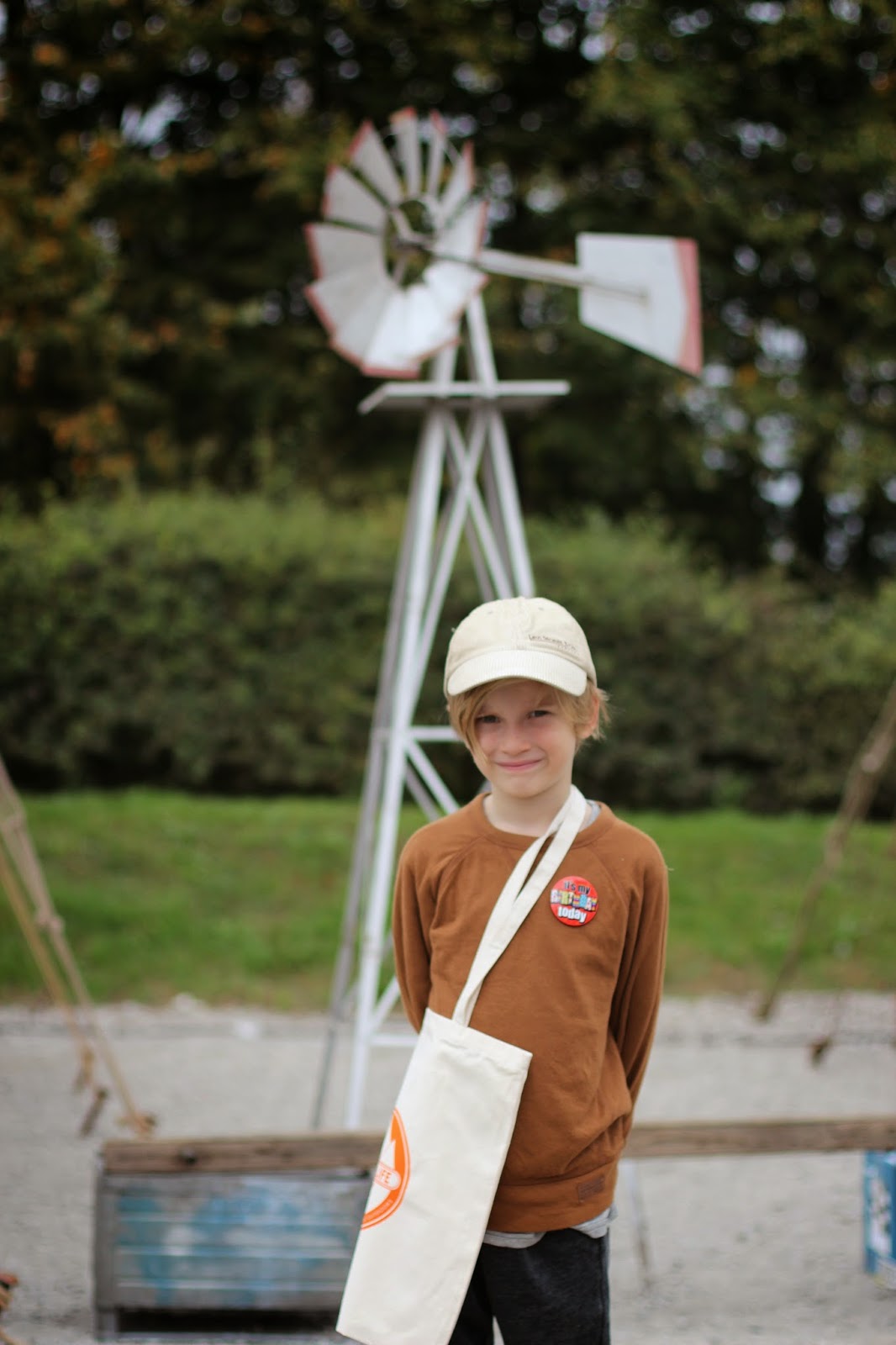 One of the most amazing things to happen at the festival came about after a chance conversation with Charlie Gladstone at the fire on the Friday, we mentioned how we were there to also celebrate our son turning 7. The next day whilst wandering through the festival I very friendly Charlie greeted us with a small present for our son, how he had remembered that it was his birthday considering how busy he was amazed us. Then when Cerys Matthews took to the stage in the afternoon and sang happy birthday after dedicating it to our son, amongst others, added to the overall intimate feel of the festival. My OH and the boys also got their picture taken modelling the festival bags for the local paper, the Birthday boy declared himself famous!! 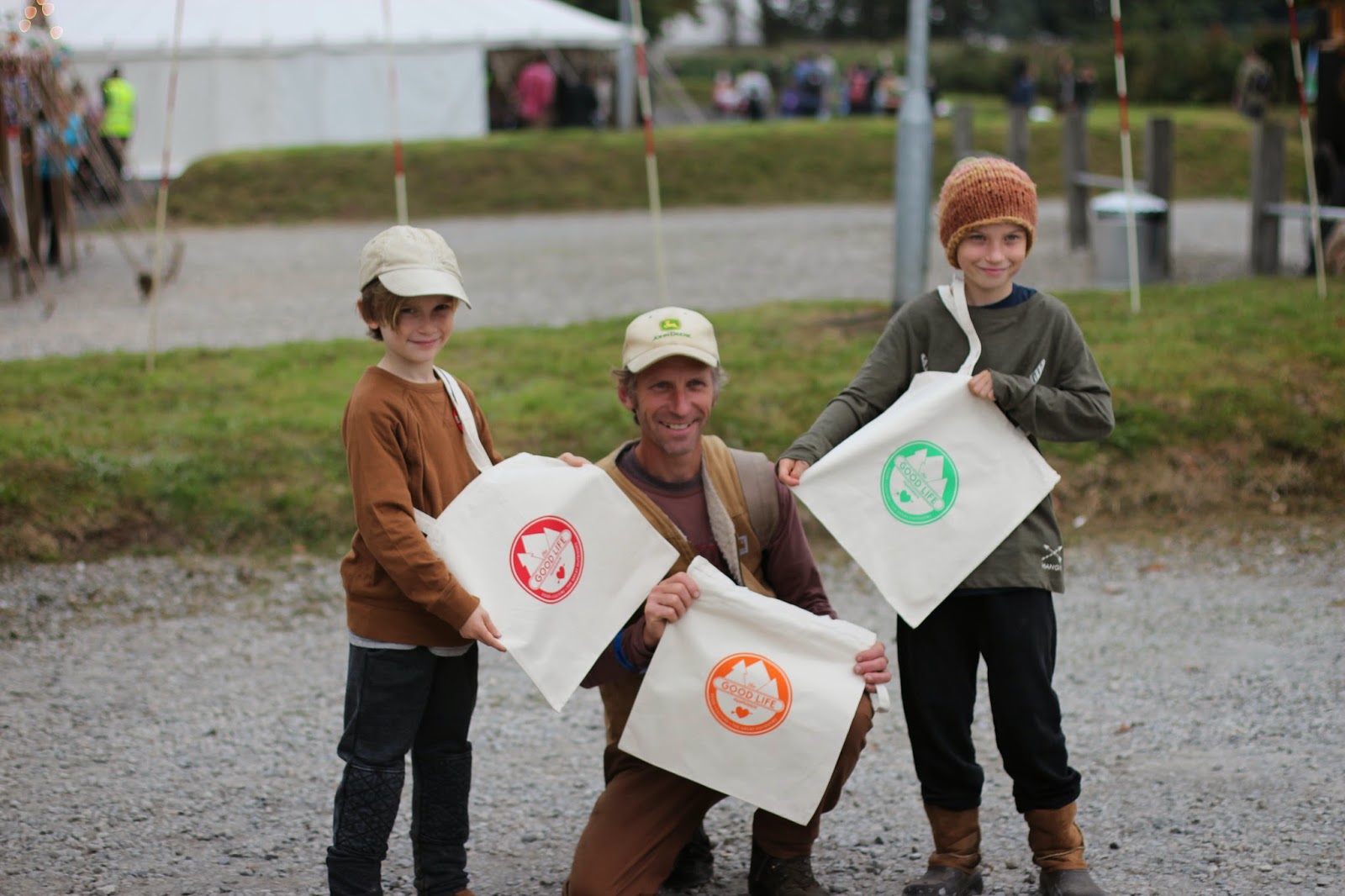 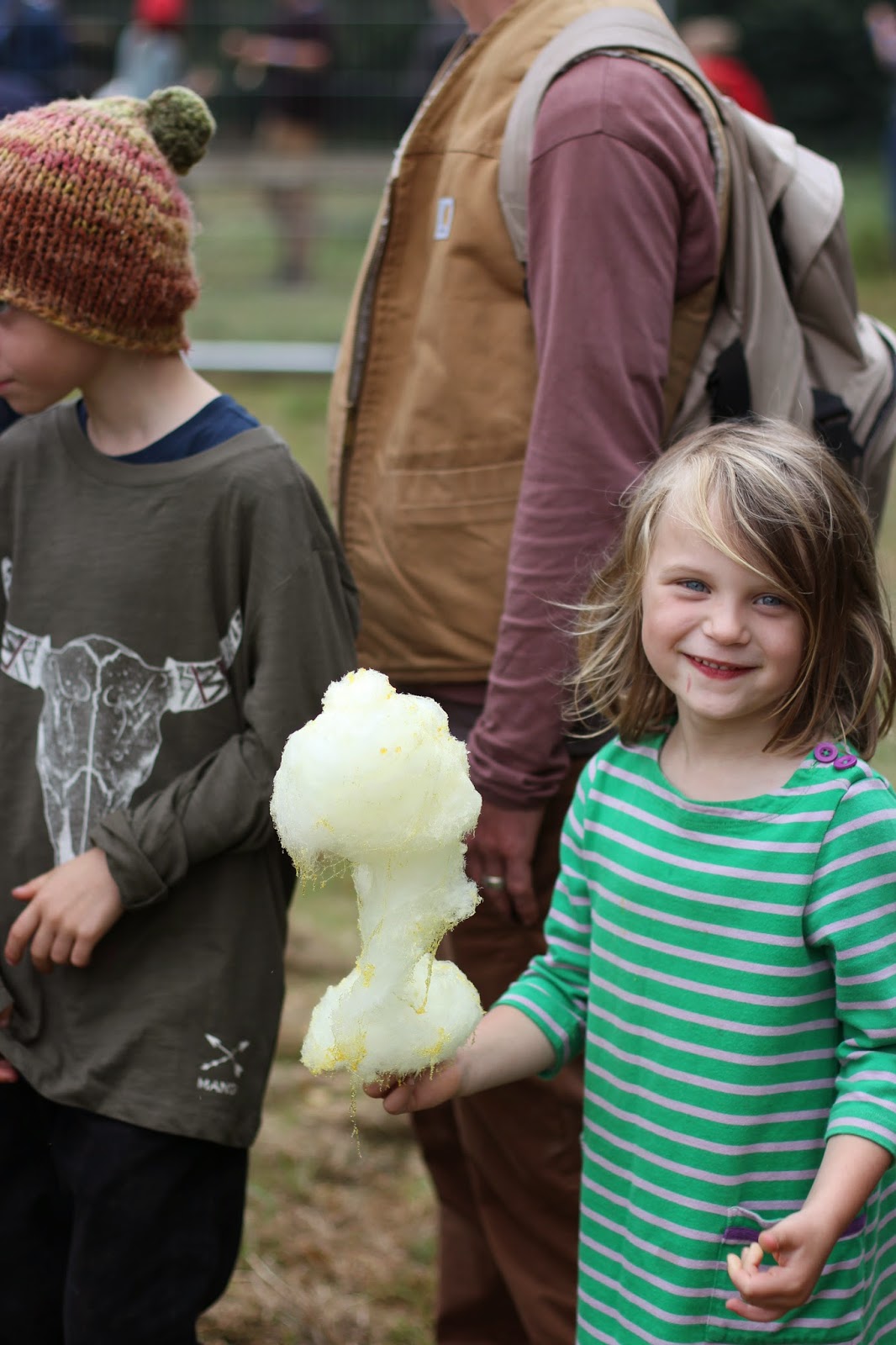 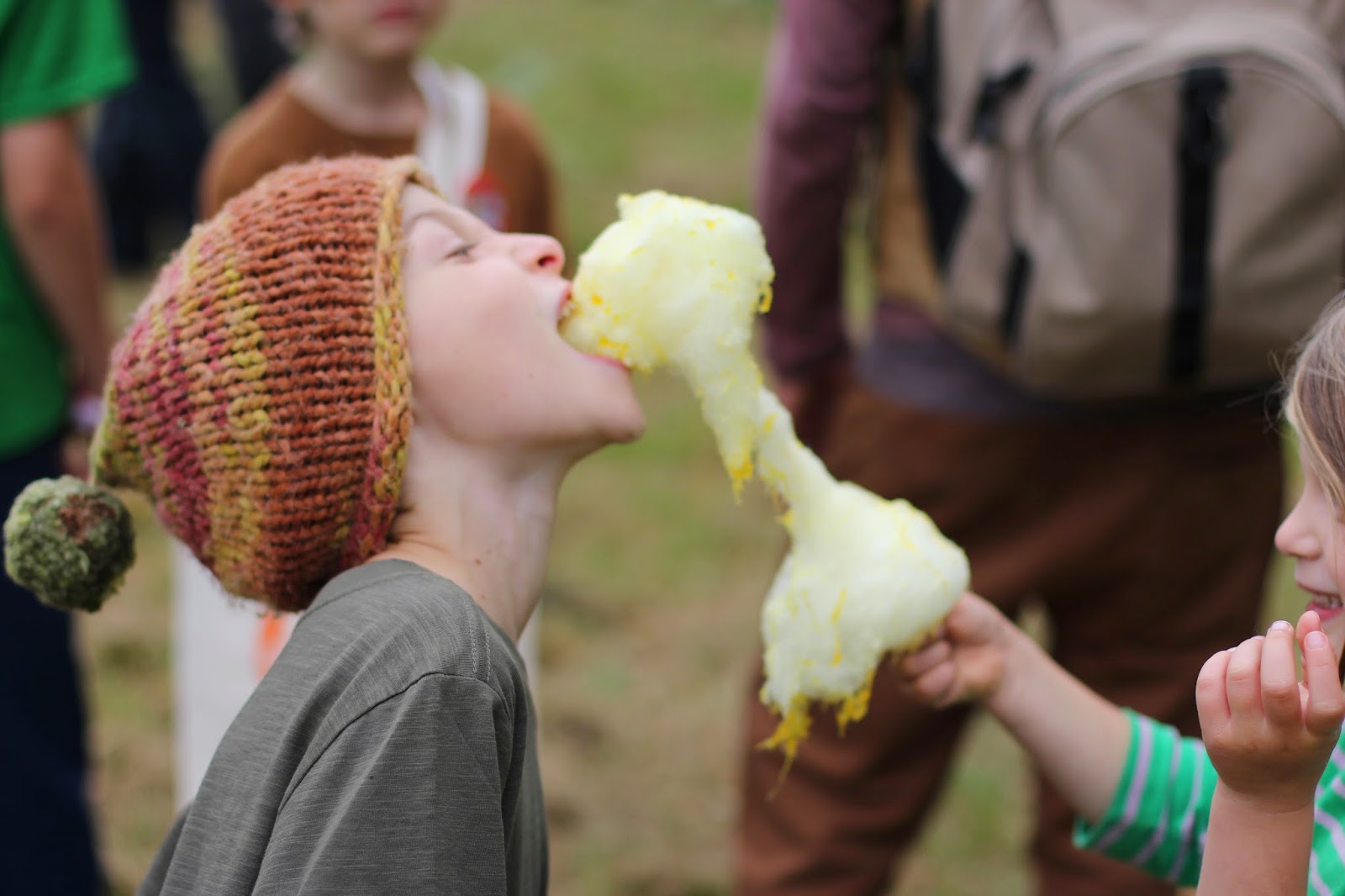 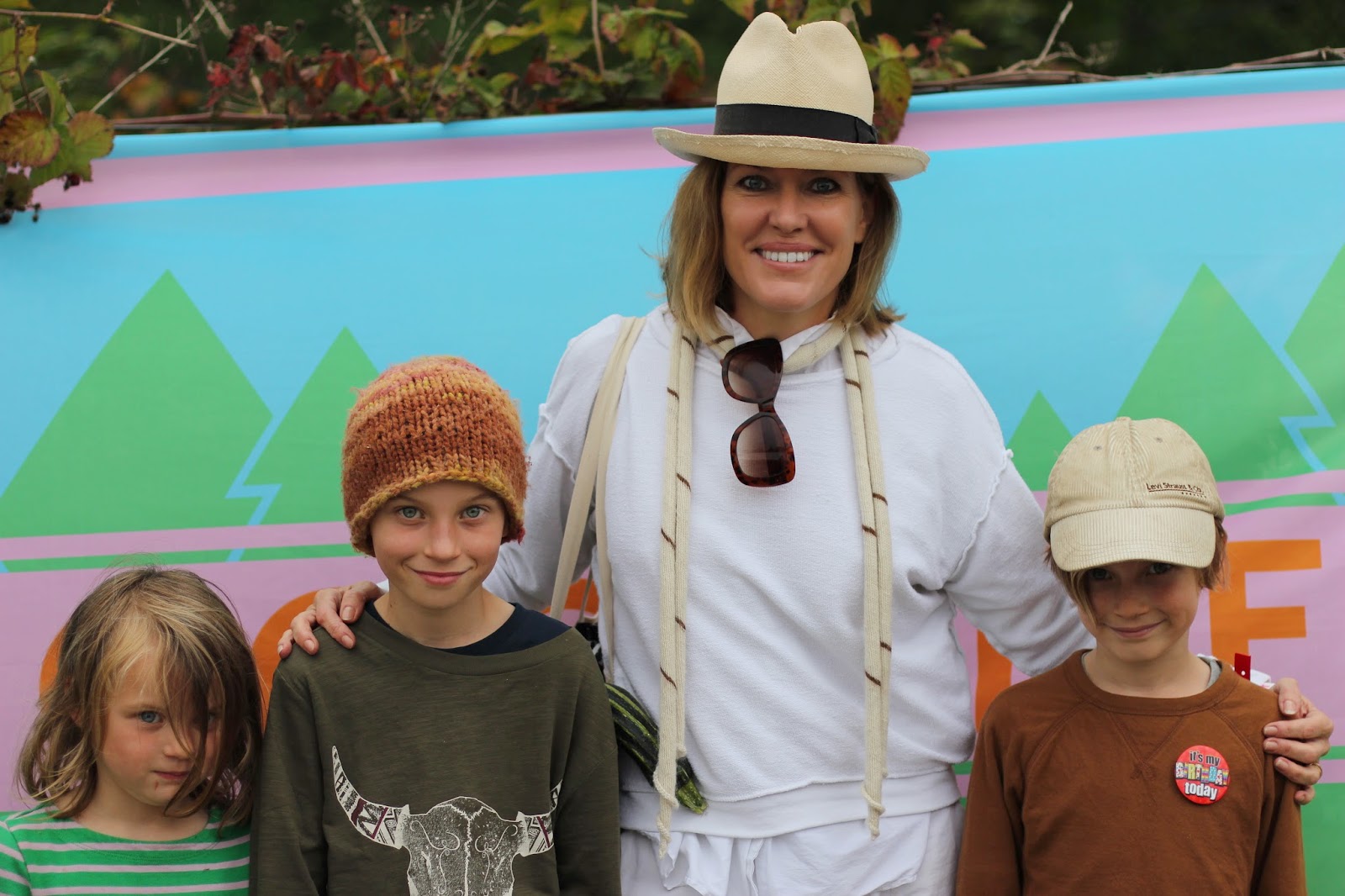 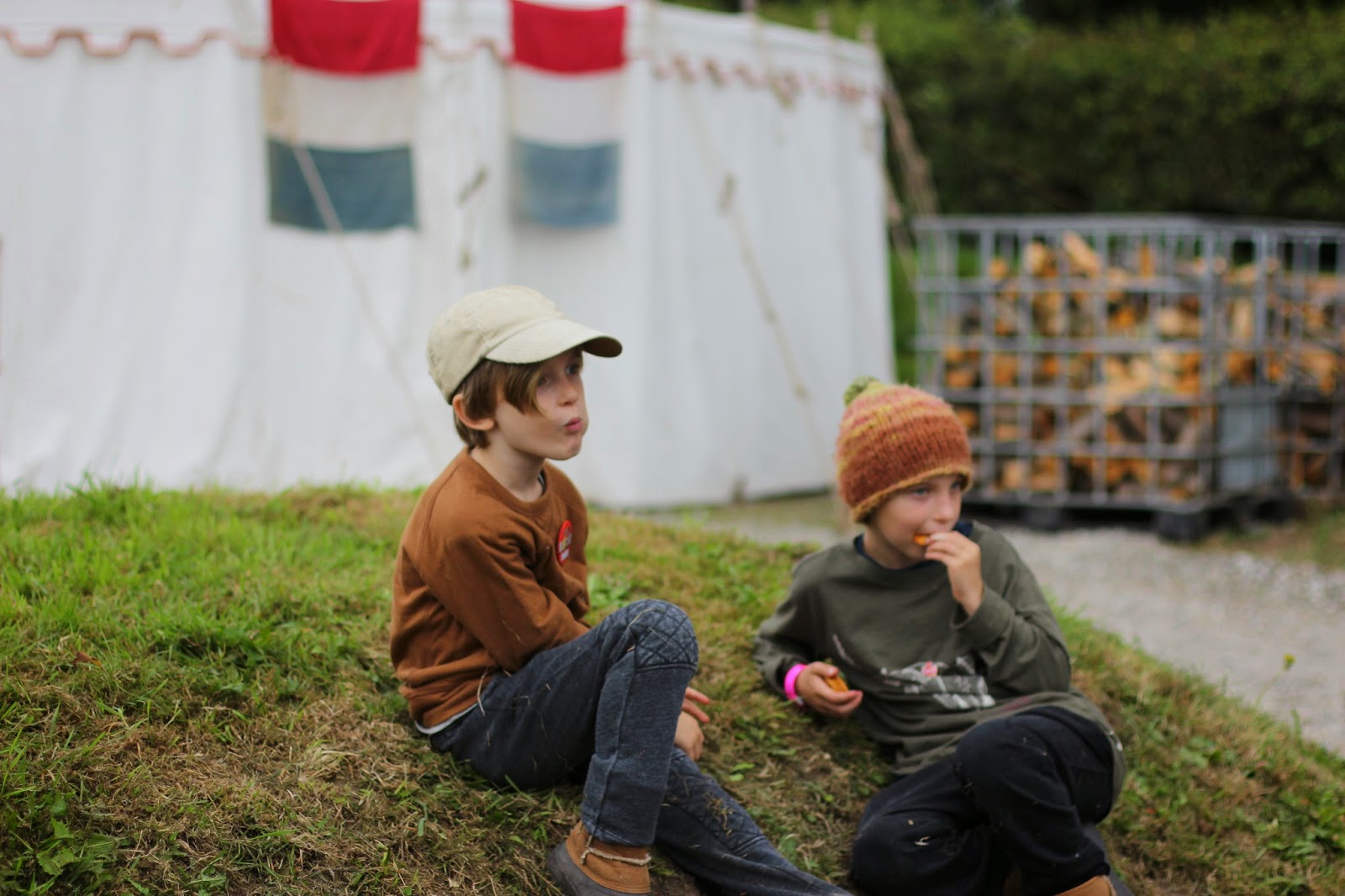 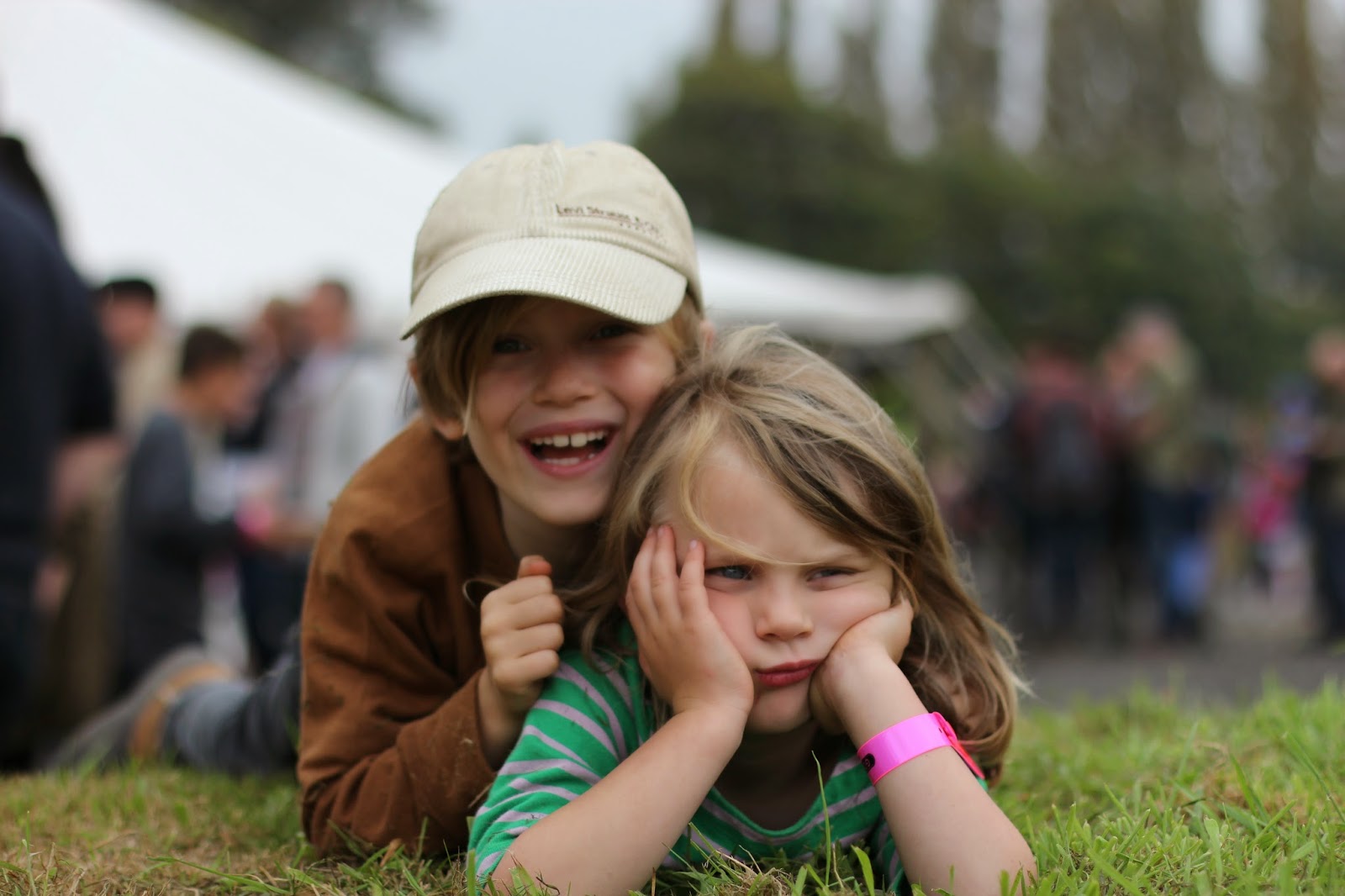 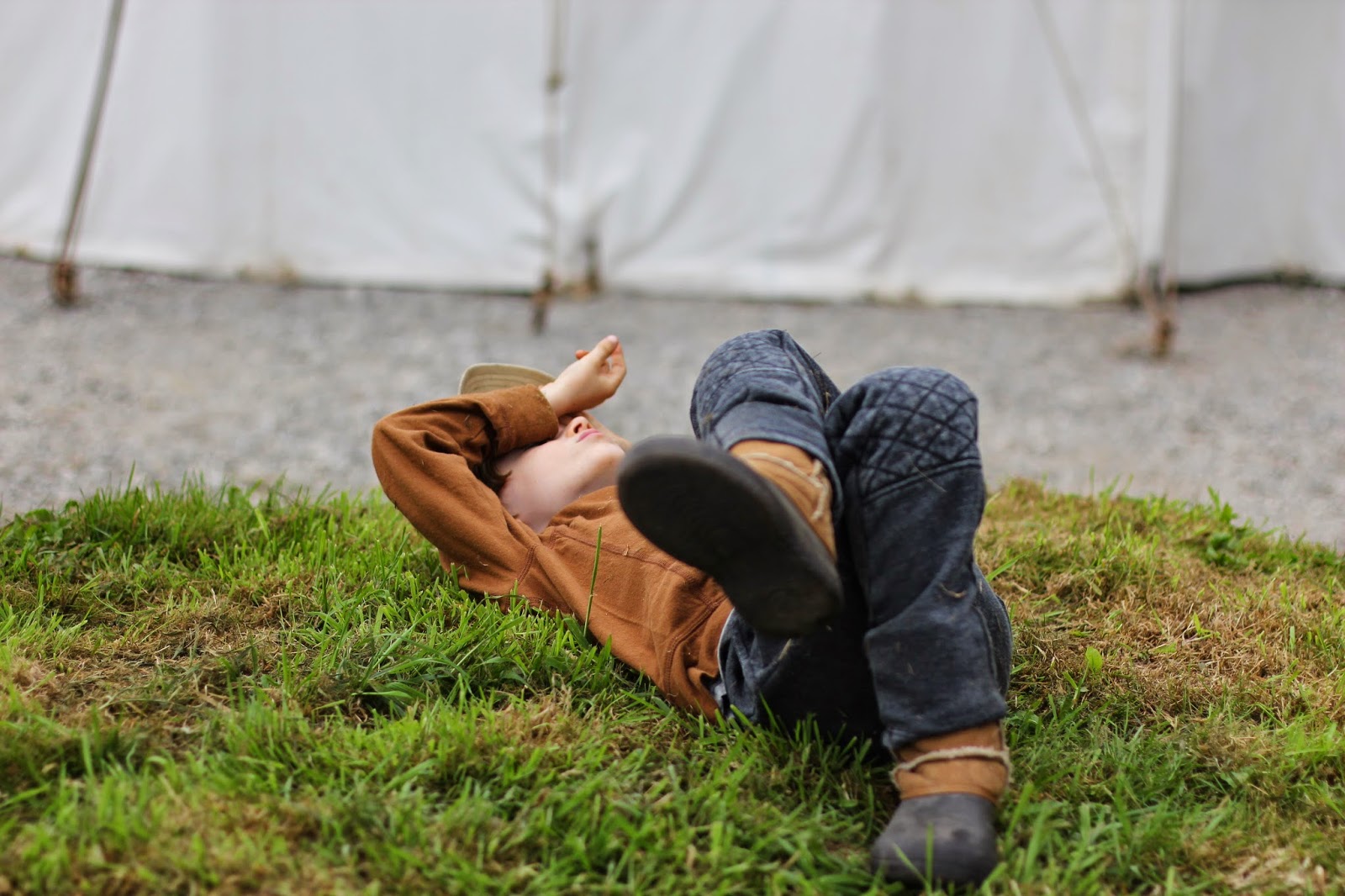 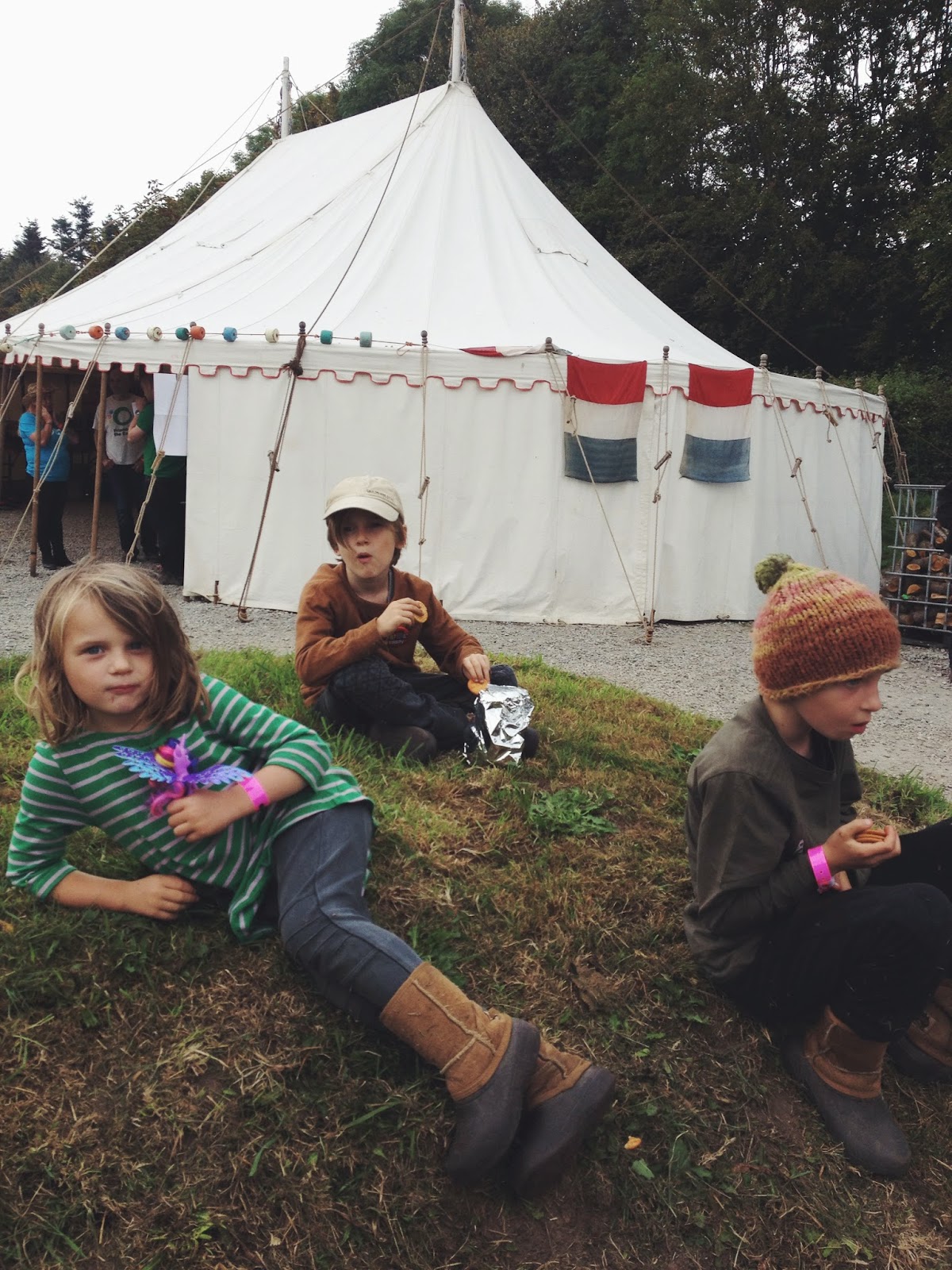 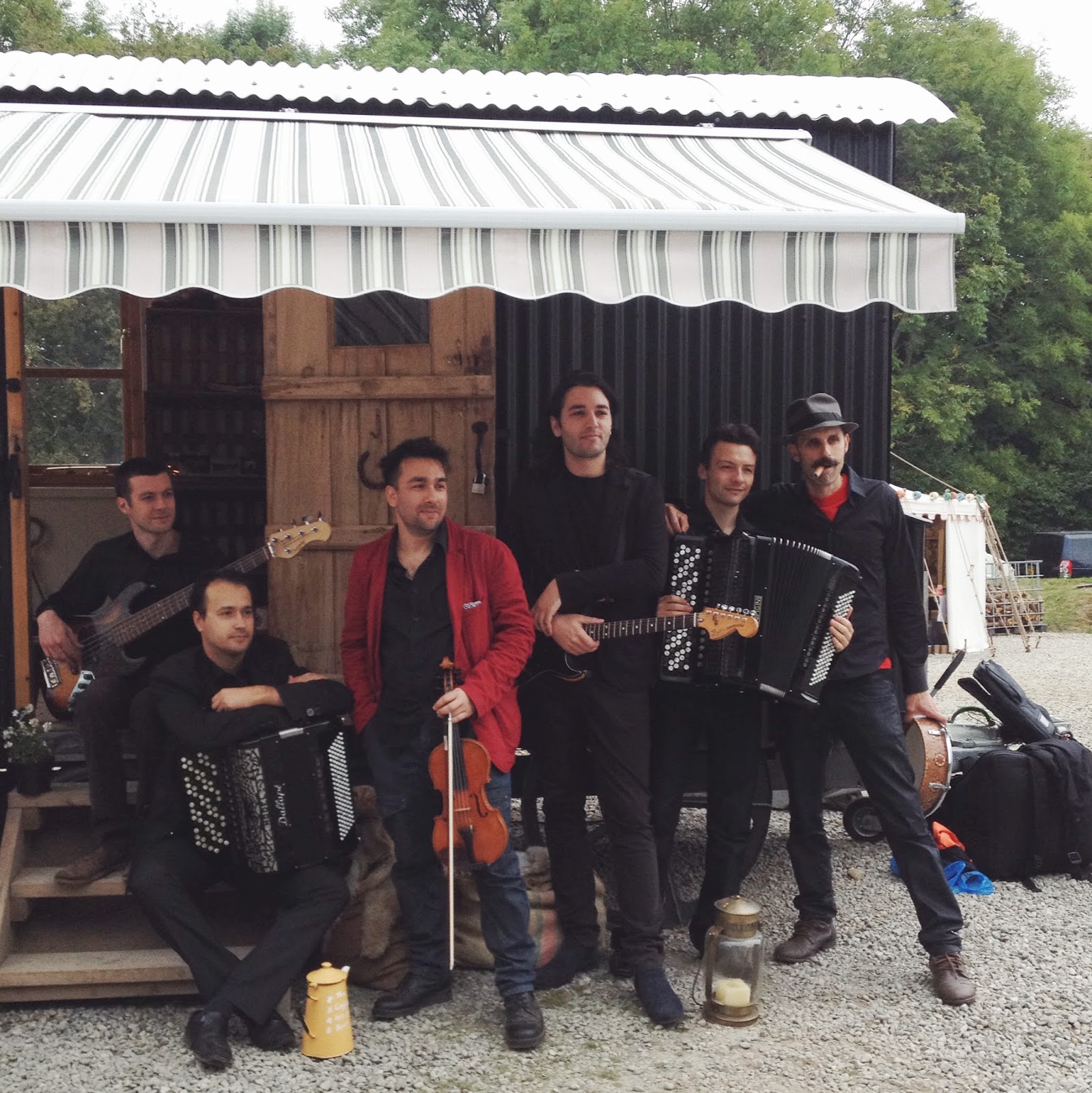 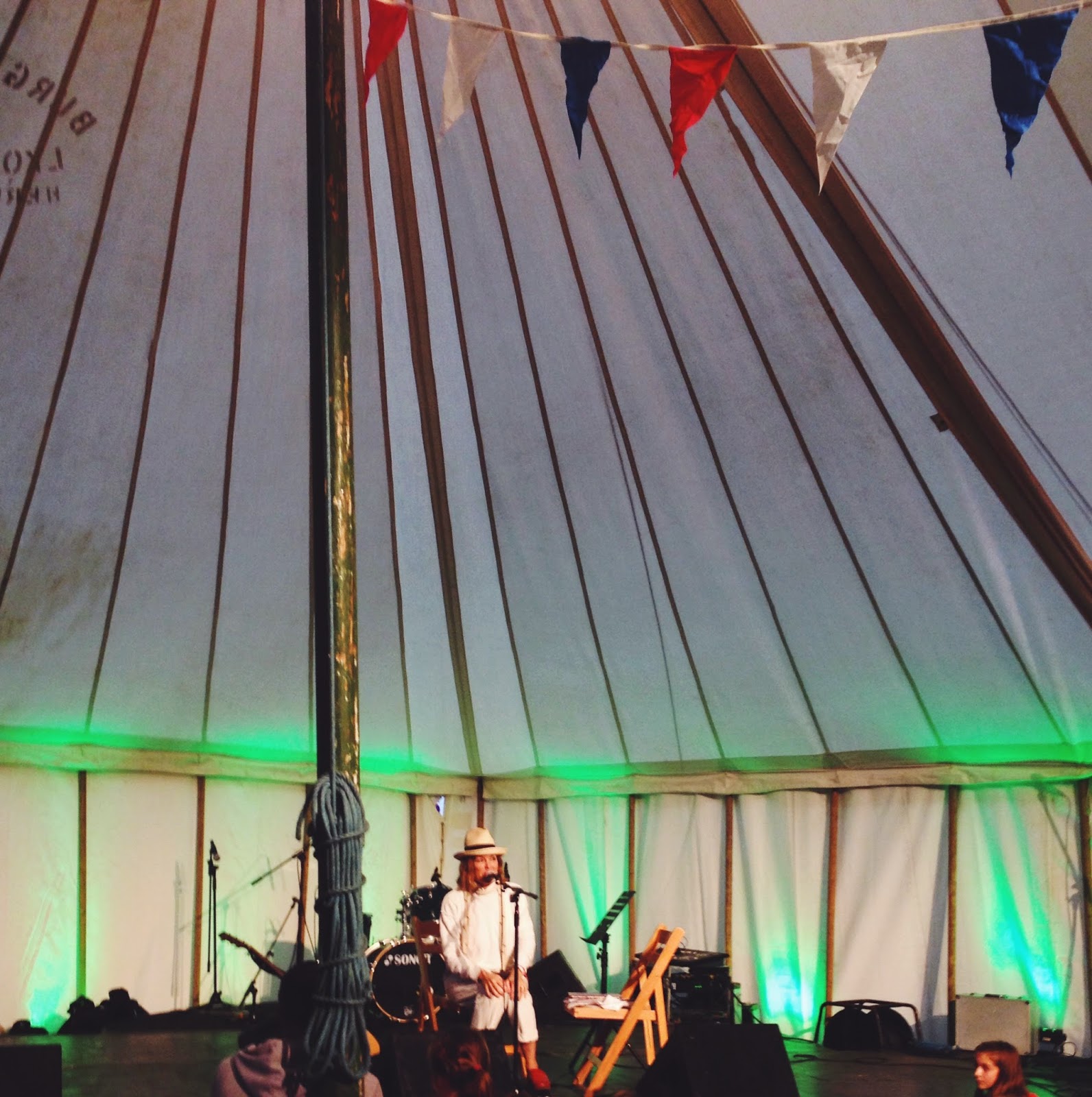 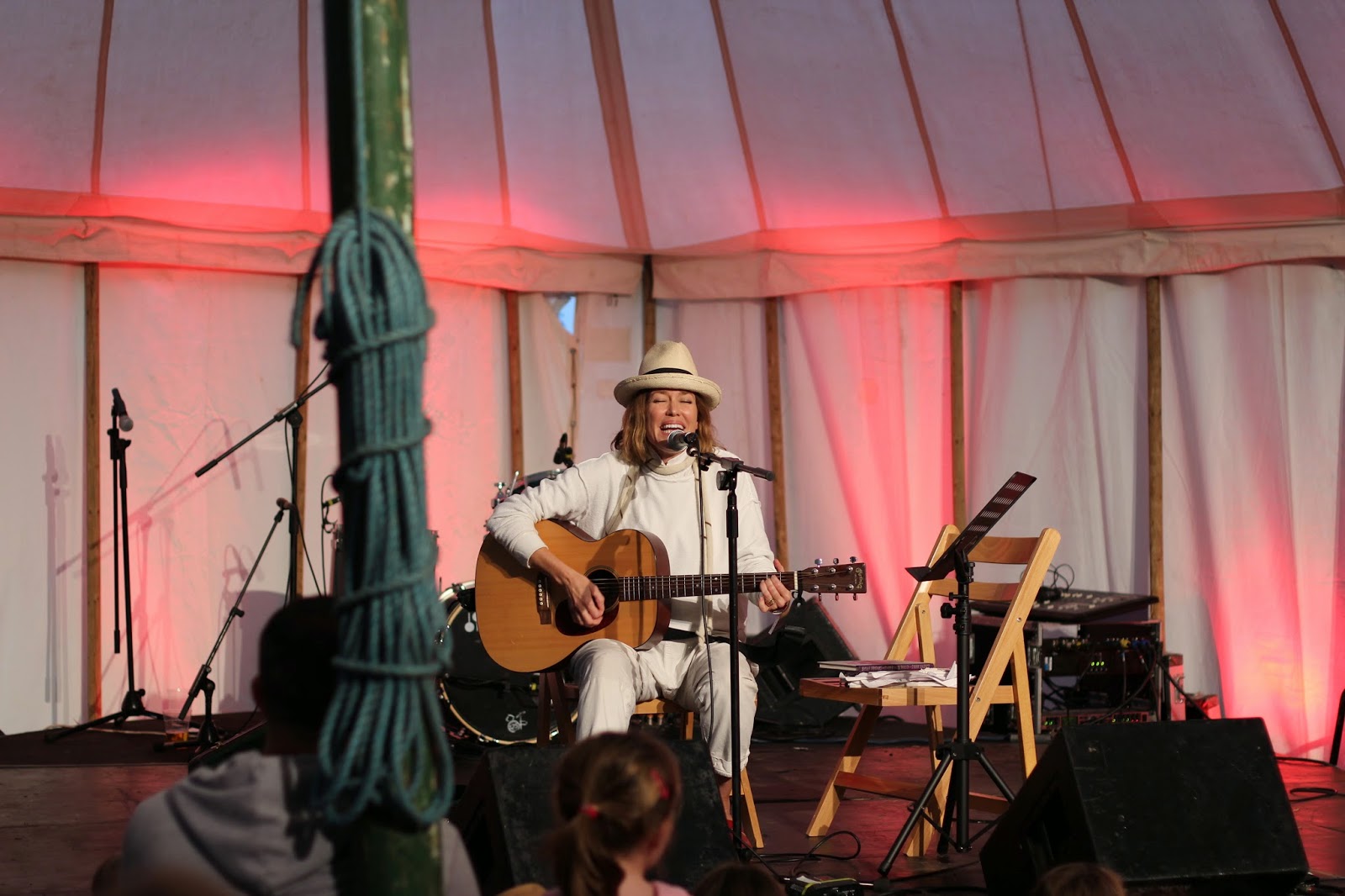 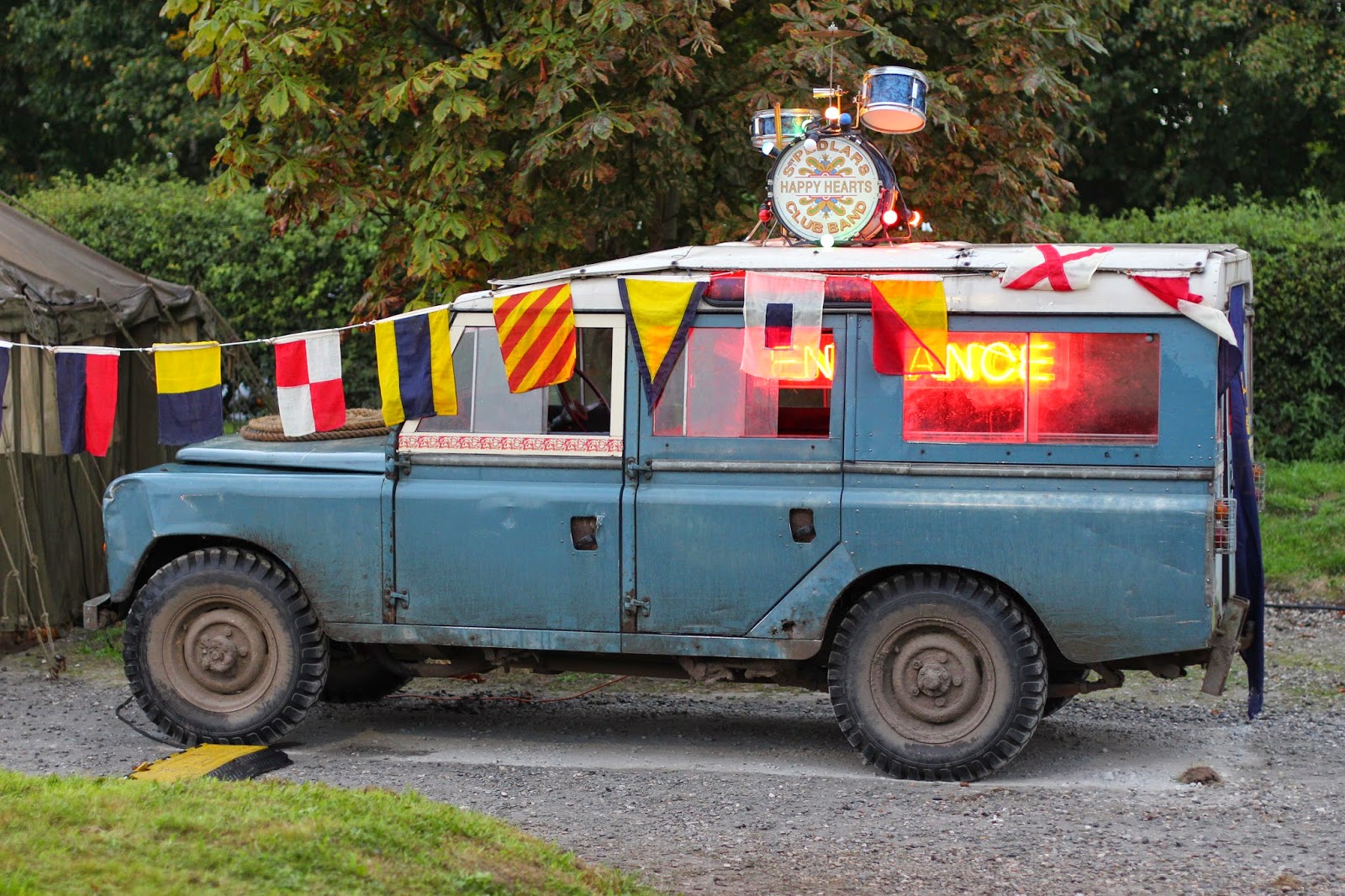 Another highlight was Murray Lachlan Young and the section he did for the children was fantastic, his poetry captured the imagination of the boys who giggled and whooped as he told his tales. And then as the day turned to night CC Smugglers took to the stage and completely blew the audience away with their energy and music, followed nicely by Paprika. We danced, talked and flew round on the swinging chairs in the dark.
We quite honestly didn't want the day to end. For us the weekend was magical, our birthday boy decided it was the best birthday he had ever had and we are over joyed to hear that they are planning to do it all again next year.
We can not wait and however much I urge you to go and get back to nature and experience it all for yourself what ever you do 'don't tell your friends' as I also feel this is a festival I would like to keep secret! 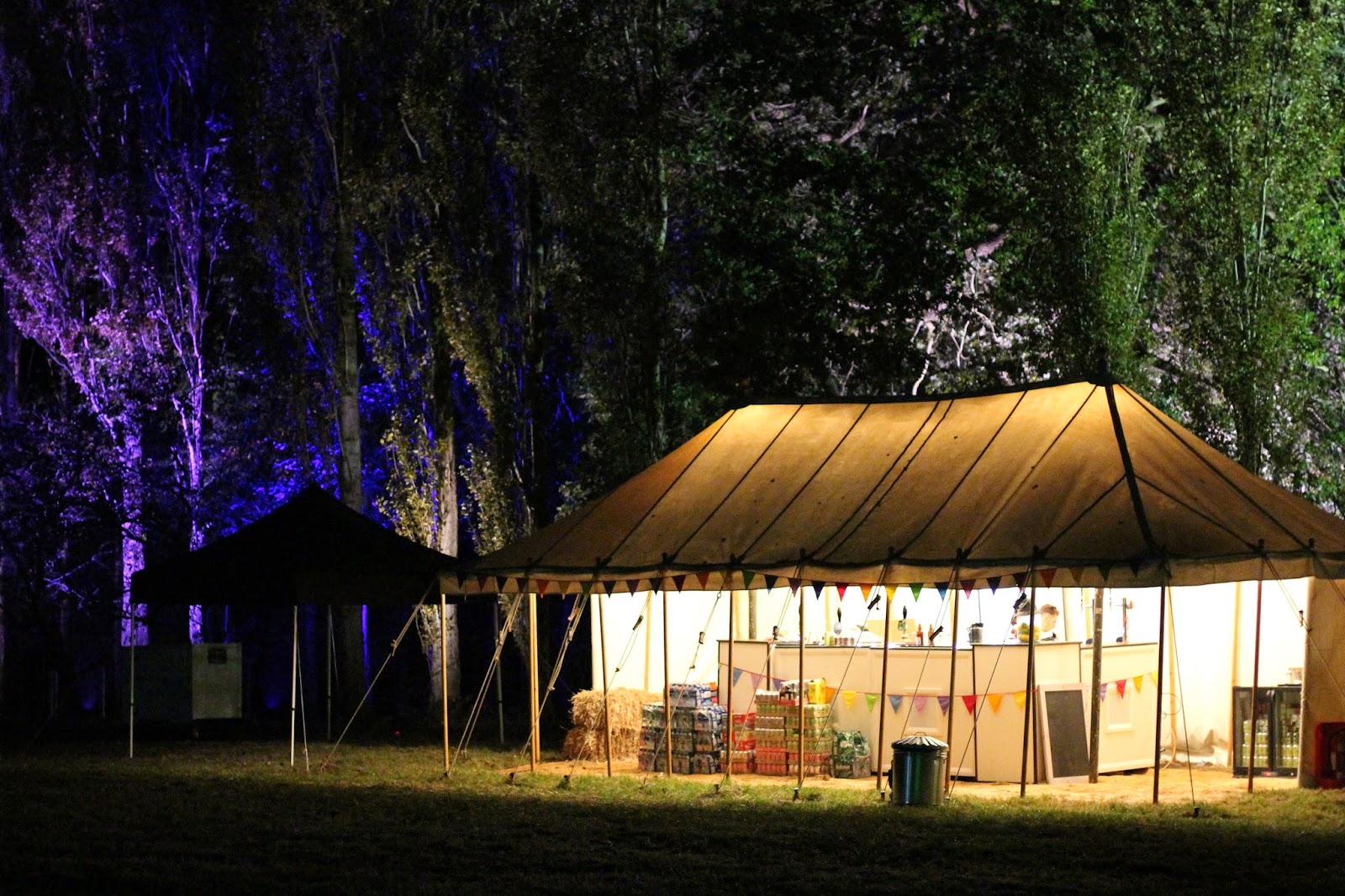 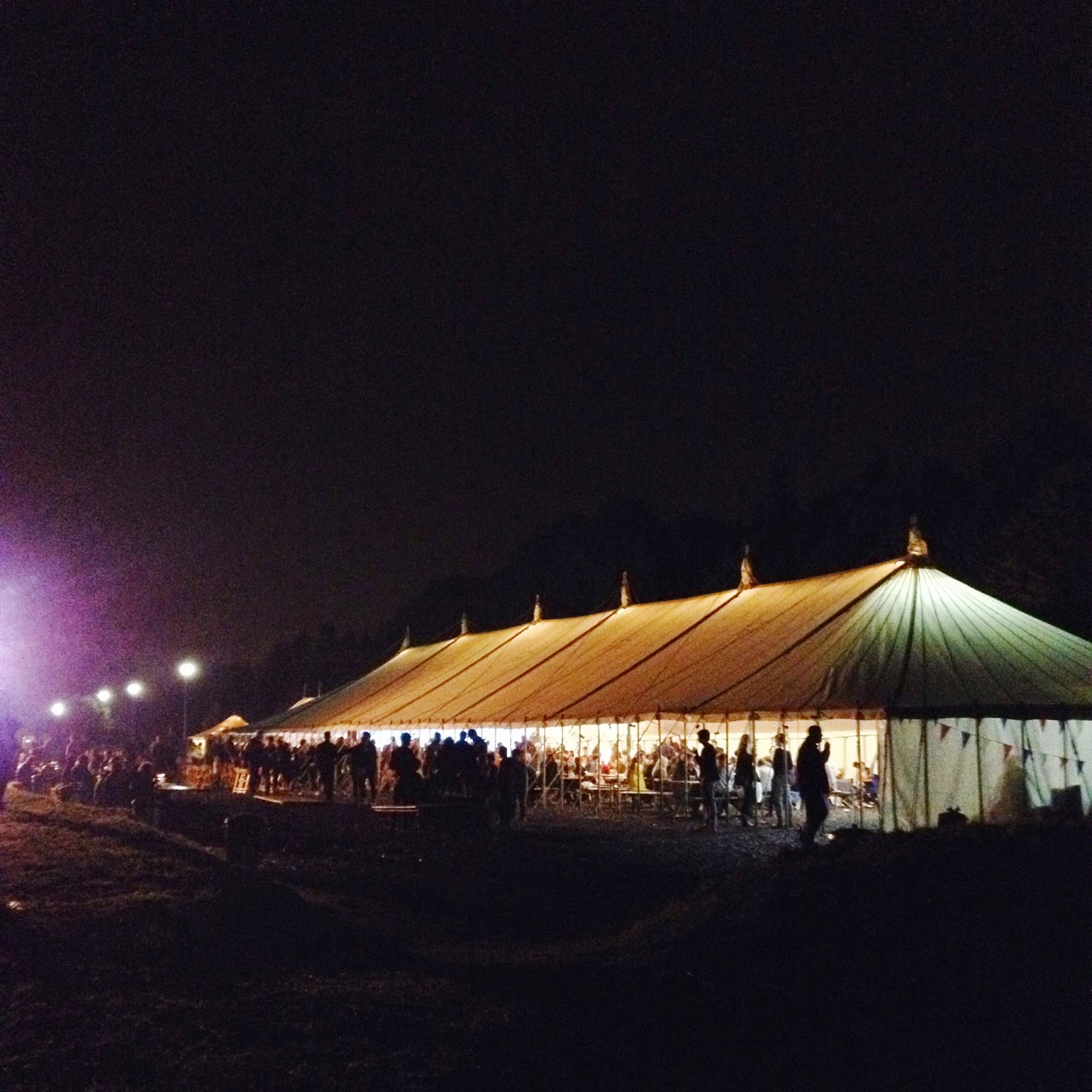 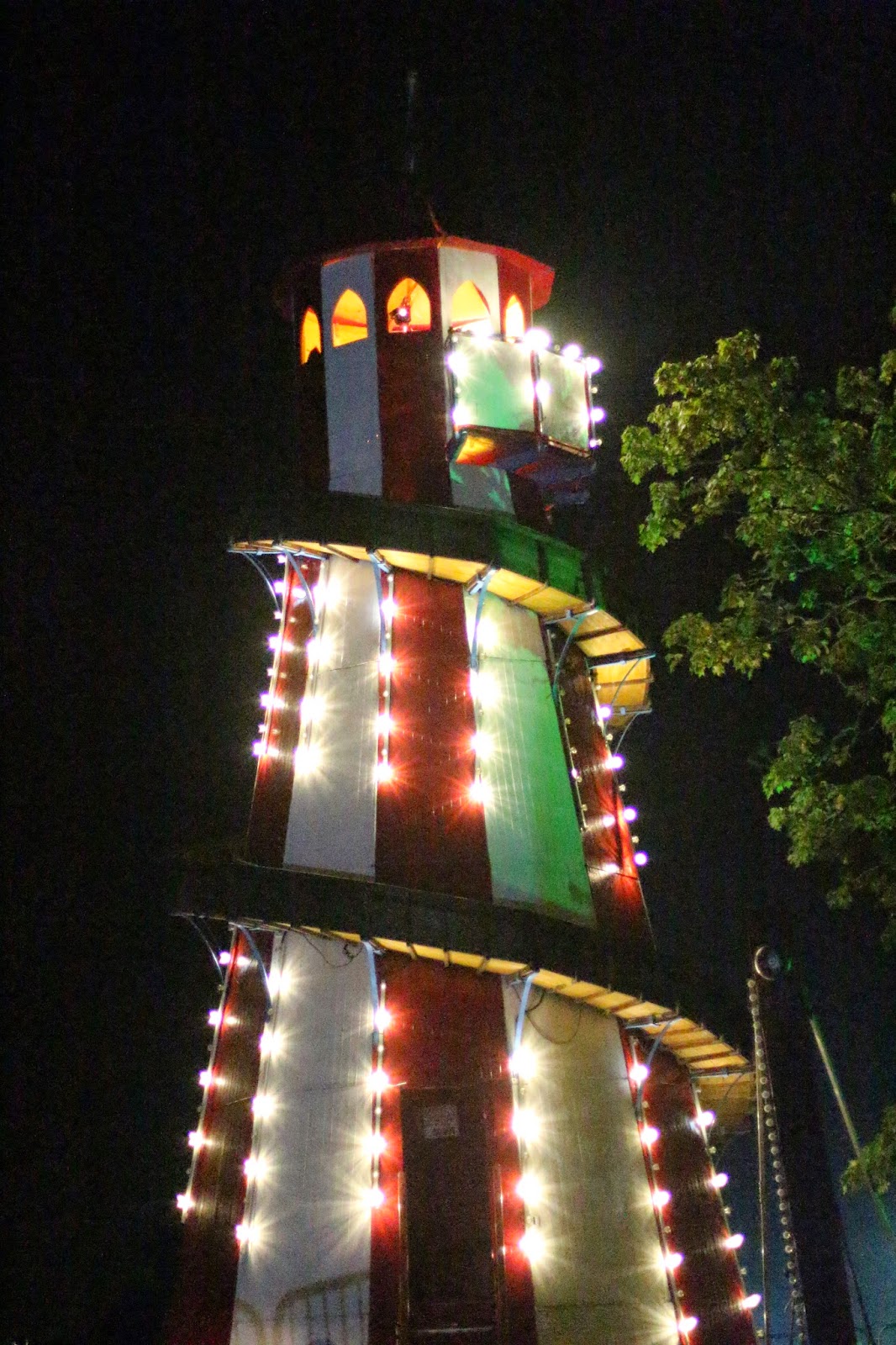 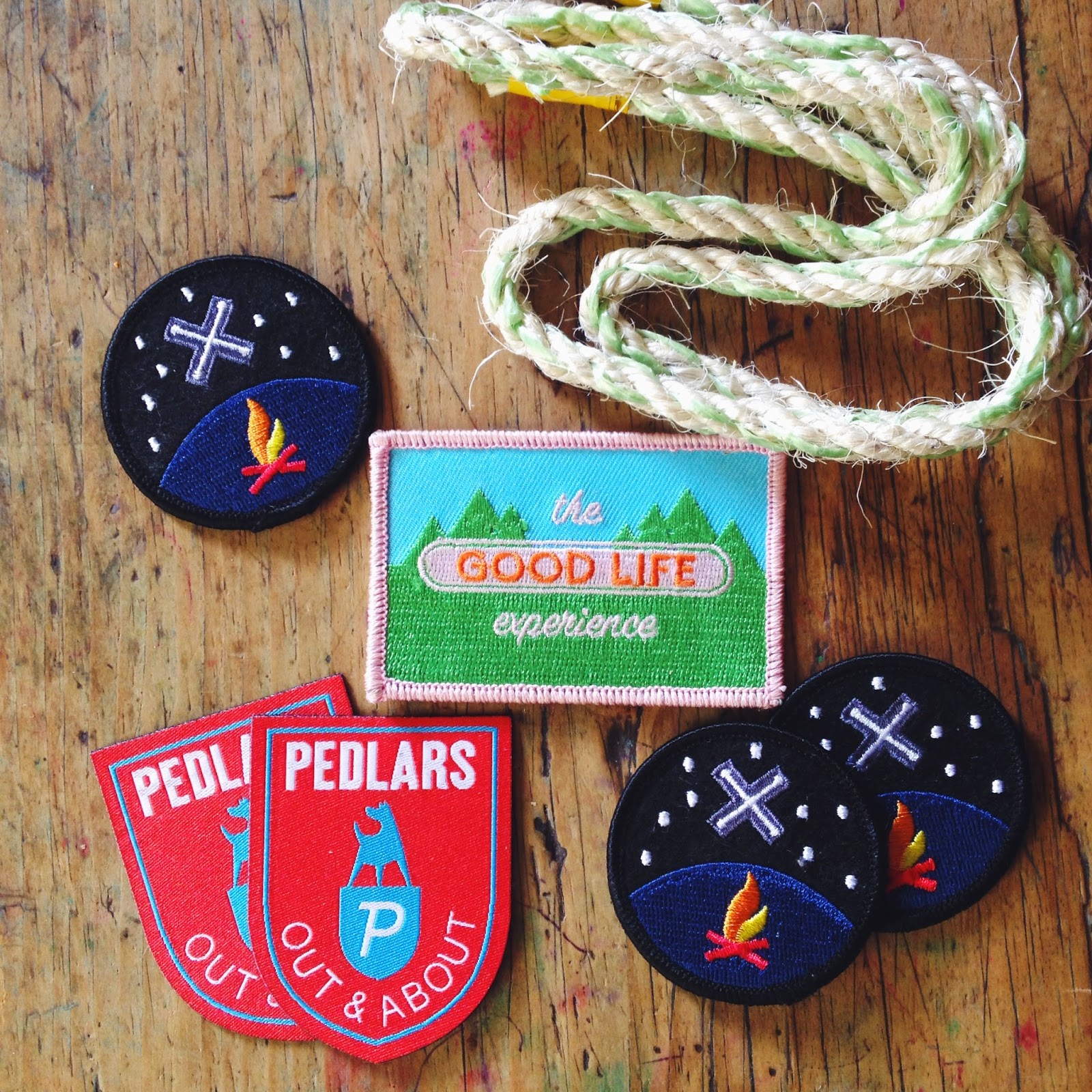 The countdown to Christmas is here, there really is not long to go now! To celebrate I am having a flash sale in my etsy shop . 10% off... 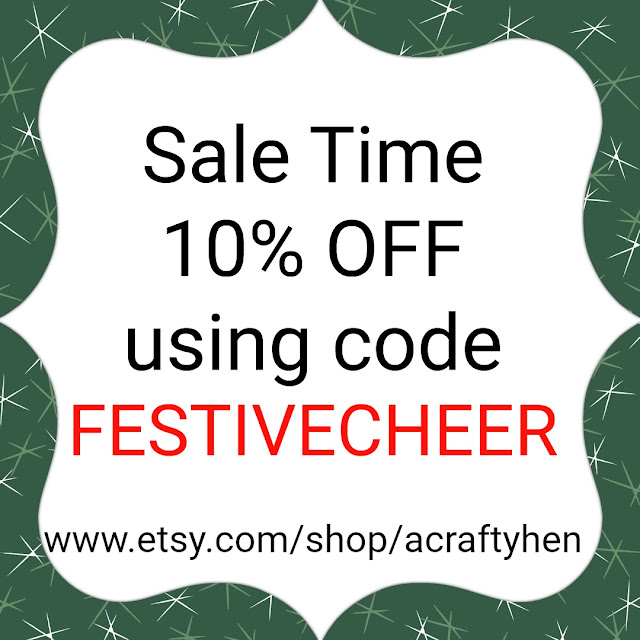 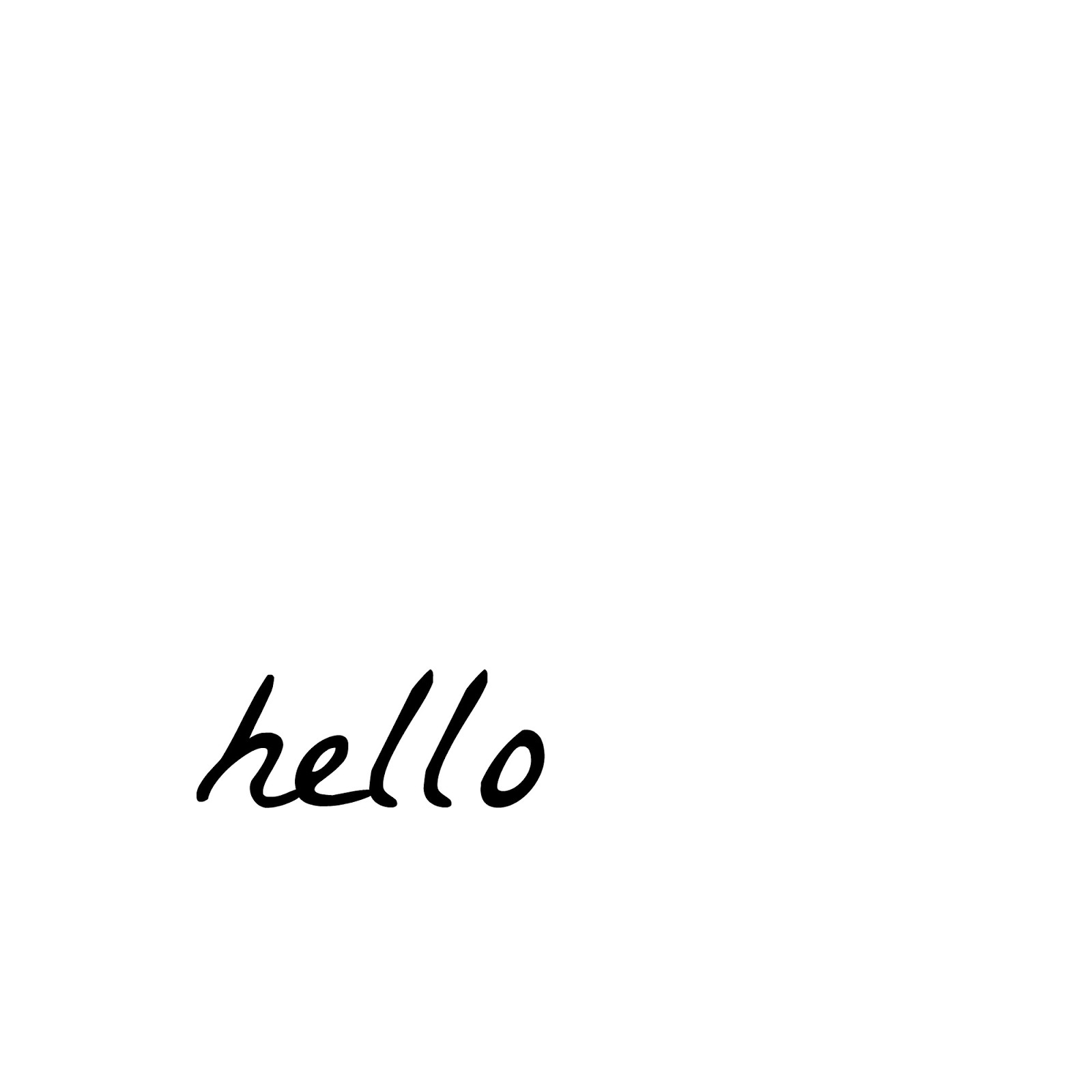 Hello and welcome!
My name is Jenny and I'm the maker behind the label 'A Crafty Hen'. This is my blog where I document my work and share things that inspire me in my everyday life. It is also the place where I like to share other items made by hand that I find.